A Camp (roost) of Flying Foxes (Fruit Bats) hanging from a tree in the Botanical Gardens, Sydney

Flying-foxes are large bats, weighing up to 1 kg, with a wing span which may exceed one metre. They sleep during the day and feed on pollen, nectar and fruit at night. They are also known as fruit bats. Grey-headed Flying-foxes (Pteropus poliocephalus), which are listed as vulnerable under both NSW and Commonwealth legislation. ..The flying-foxes have made the Royal Botanic Gardens in Sydney a 'permanent' camp (a site where flying-foxes regularly roost), which is occupied all year round. 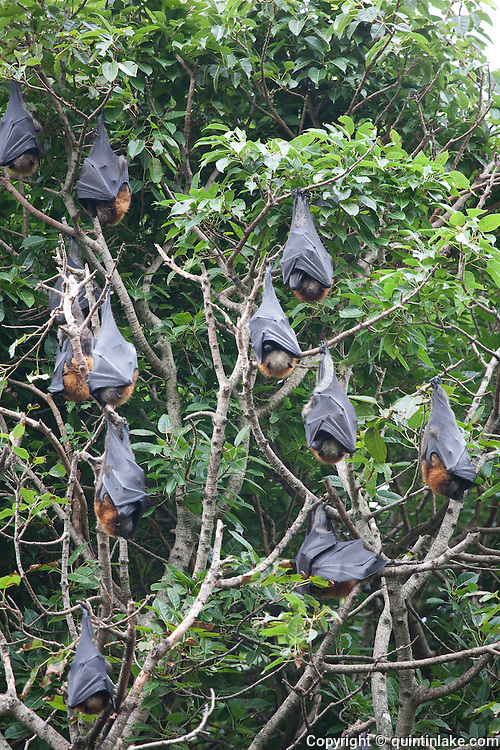