Internal diving fence and Wooden barracks in Auschwitz II- Birkenau. These barracks were actually prefabricated horse stables originally made for use on the eastern Front, against the Soviet Union. Even the rings for tying horses were in place along the sides. The wooden bunks, or "hutches" as they are sometimes called, contained as many as six prisoners on each shelf. Originally intended to house 250 prisoners, these barracks sometimes contained as many as a thousand.Auschwitz II-Birkenau Extermination Camp (Poland) 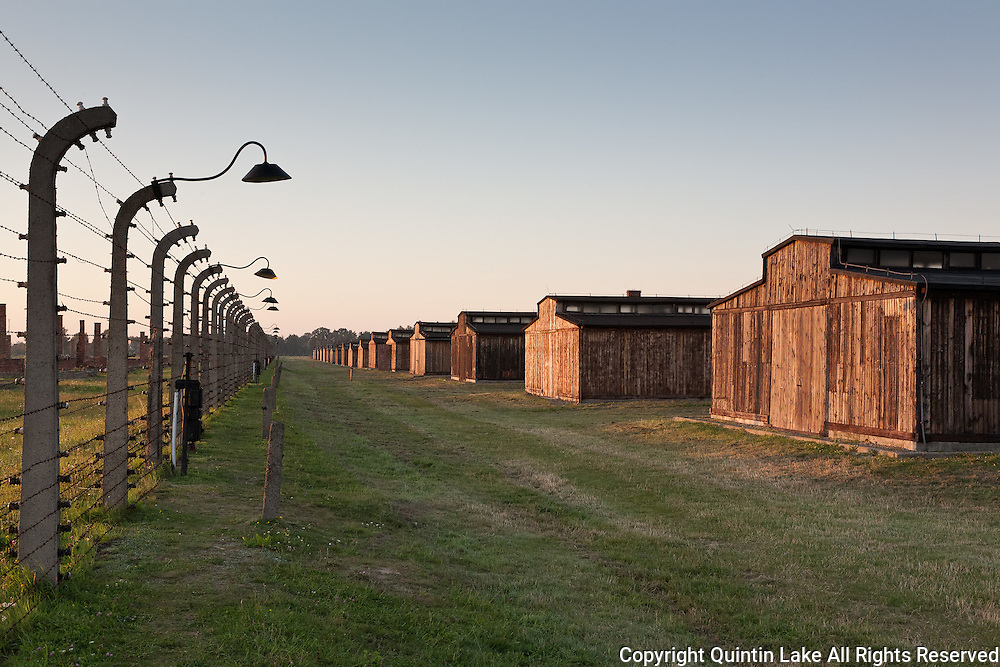