Lightweight metal-mesh screens cover part of the façade of the building to provide a visual representation of the scale and form of the site's original buildings in a two-dimensional form. The screens are located at Cumberland and Gloucester Streets and along both sides of Cribbs and Carahers Lanes. There are openings in the screens where original window and door openings were located to assist visitors' interpretation of the site..Signs provide historical interpretation of findings discovered on the site and direct visitors' eyes to significant and interesting site remains...The Dig Site', located in The Rocks between Cumberland and Gloucester Streets, is a parcel of land containing remains from the late 18th century, the time of Australia's first European settlement..The site was discovered in 1994, attracting enormous media and public attention. Some 400 volunteers and a team of 20 archaeologists were involved in the excavation of the site, which uncovered the foundations of 30 homes and shops (the earliest of which was built prior to 1795) and some 750,000 artefacts. 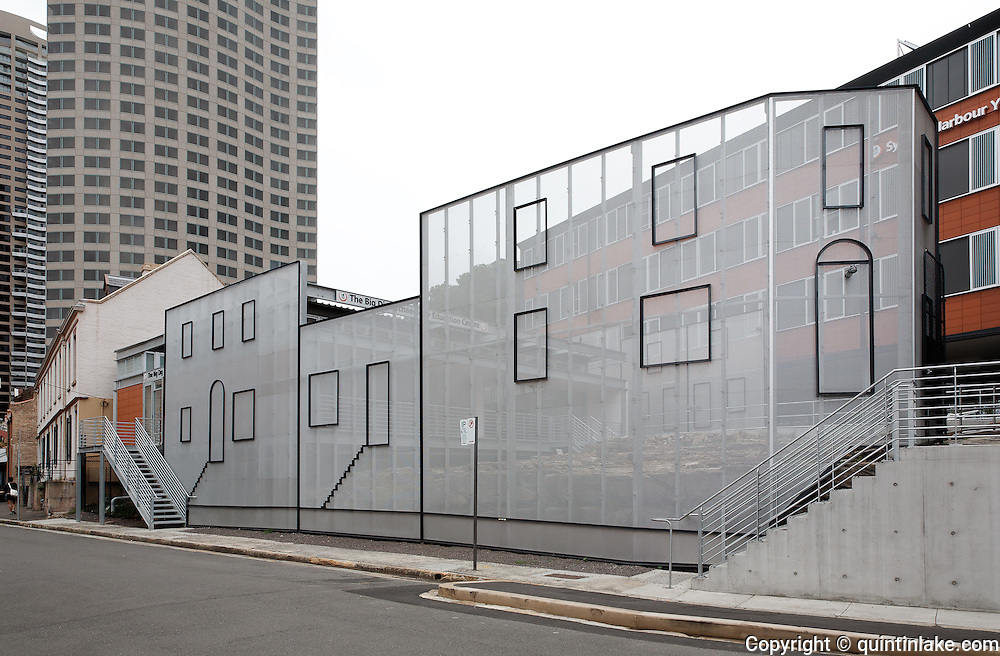