BridgeClimb guide on the Sydney Harbour Bridge, Sydney, Australia. The Sydney Harbour Bridge is a steel through arch bridge across Sydney Harbour that carries rail, vehicular and pedestrian traffic between theSydney central business district (CBD) and the North Shore. The dramatic view of the bridge, the harbour, and the nearby Sydney Opera House is an iconic image of both Sydney and Australia. The bridge is locally nicknamed "The Coathanger" because of its arch-based design...The bridge was designed and built by Dorman Long and Co Ltd, Middlesbrough Teesside and Cleveland Bridge, Darlington, County Durham and opened in 1932. Until 1967 it was the city's tallest structure.[citation needed] According to Guinness World Records, it is the world's widest long-span bridge and it is the tallest steel arch bridge, measuring 134 metres (440 ft) from top to water level. It is also the fifth-longest spanning-arch bridge in the world. 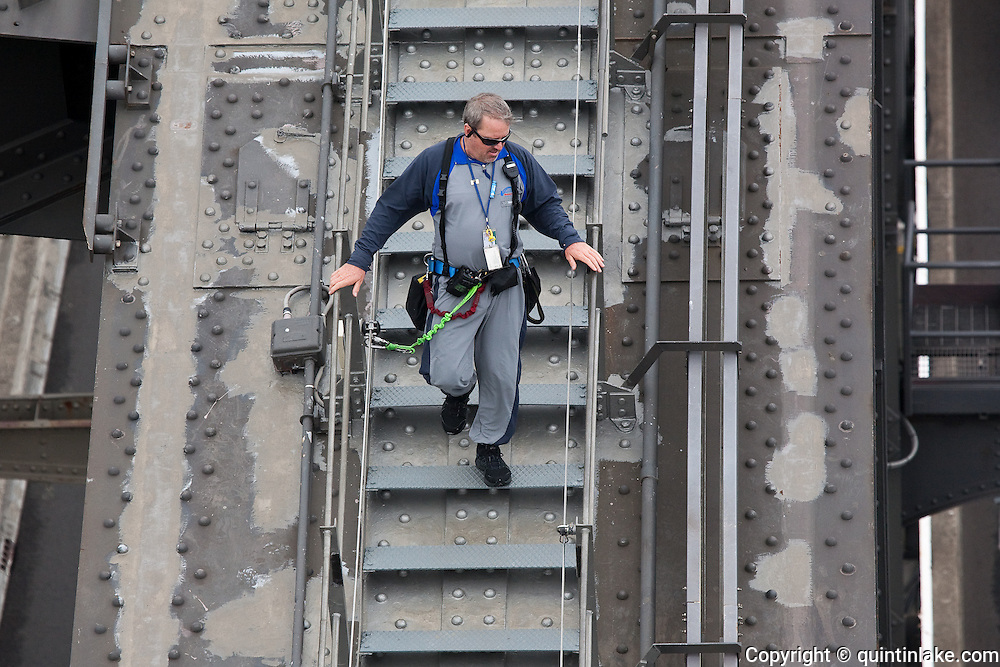