Dr Edward Wilson contemplates a Horse chestnut tree, Cheltenham in the Long Garden in front of the Municipal Offices. ..In 1910 he joined the famous Captain Scott on his National Antarctic Expedition to the South Pole, but tragically both men died in March 1912 on the return journey...News of Wilsons death reached Cheltenham in February 1913 and a fund was set up to create a memorial to the explorer. The original plan was for two plaques to be hung in the Town Hall but Wilsons widow suggested that as Edward loved the outdoors a more suitable memorial should be erected. The bronze statue shown was modelled by Scotts widow and was unveiled on 9th July 1914 by Arctic explorer Sir Clarence Markham. A display of Wilsons Arctic clothing and kit, as well as some of his artwork, can be found at the Cheltenham Art Gallery and Museum...The inscription on the plinth of the statue reads - "He died as he lived, A brave true man. The best of comrades and the staunchest of friends." 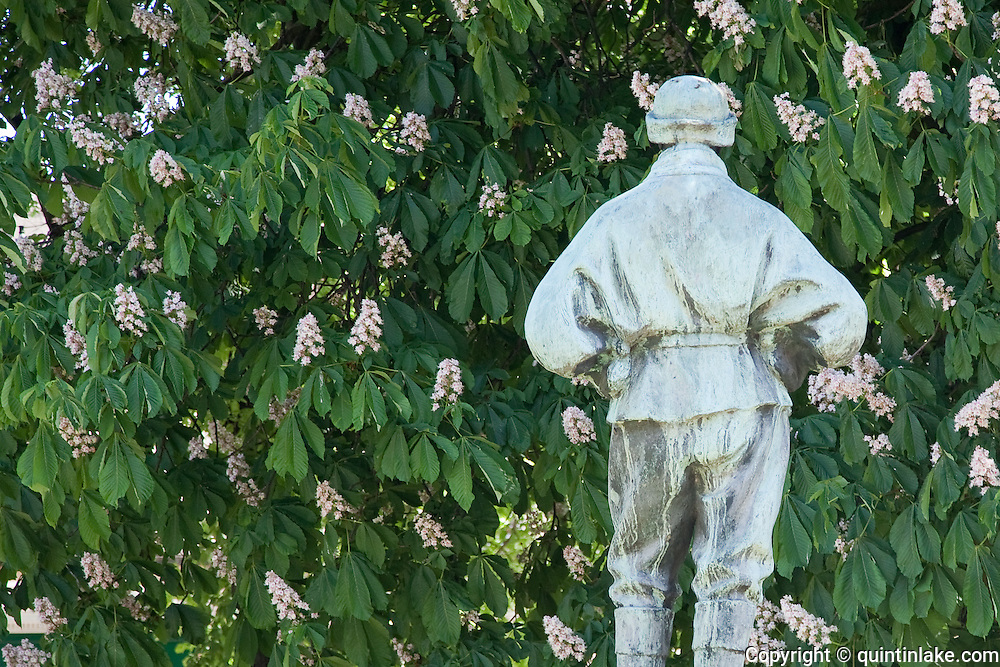