It can, like all species of its genus Chrysopelea, glide by stretching the body into a flattened strip using its ribs. It is mostly found in moist forests and can cover a horizontal distance of about 100 metres in a glide from the top of a tree. Slow motion photography shows an undulation of the snake's body in flight while the head remains relatively stable, suggesting controlled flight.Danum Valley Conservation Area is a 438 square kilometres tract of relatively undisturbed lowland dipterocarp forest in Sabah, Malaysia. The area holds unique status in the sense that before it became a conservation area there were no human settlements within the area, meaning that hunting, logging and other human interference was non existent making the area almost unique 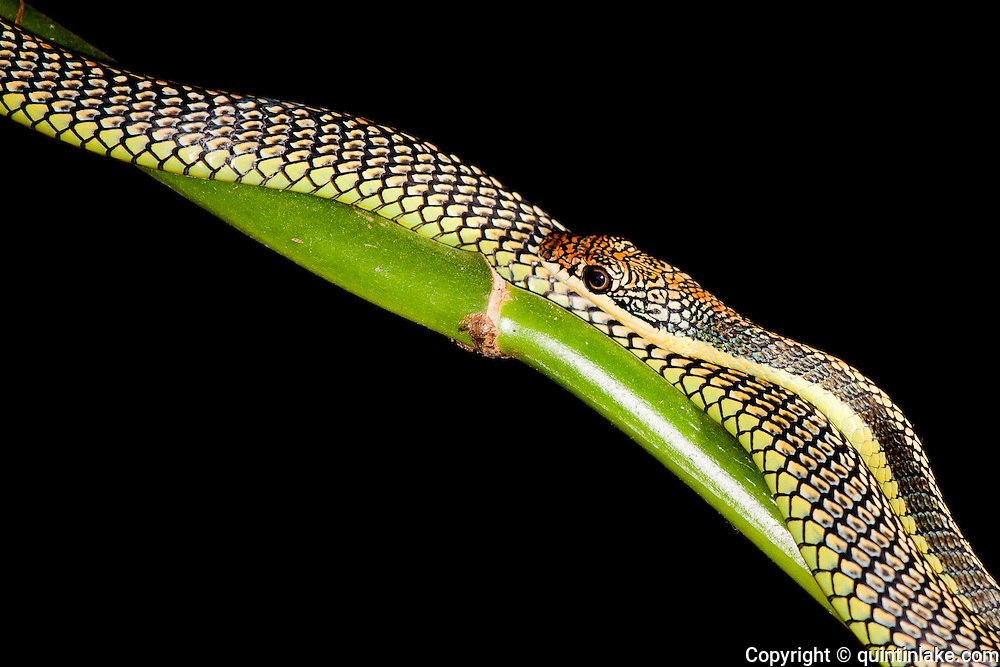