Ministry of Interior and Administrative Reform and the The Memorial of Rebirth , Revolution Square, Bucharest.

Ministry of Interior and Administrative Reform and the The Memorial of Rebirth , Revolution Square, Bucharest. The building is the former Central Committee of the Romanian Communist Party (from where Nicolae Ceauşescu and his wife fled by helicopter on December 22, 1989). In 1990, the building became the seat of the Senate and since 2006 it houses the Ministry of Interior and Administrative Reform. The Memorial of Rebirth (Memorialul Renaşterii in Romanian) is a memorial in Bucharest, Romania that commemorates the struggles and victims of the Romanian Revolution of 1989, which overthrew Communism. The memorial complex was inaugurated in August 2005 in Revolution Square, where Romania's Communist-era dictator, Nicolae Ceauşescu, was publicly overthrown in December 1989. 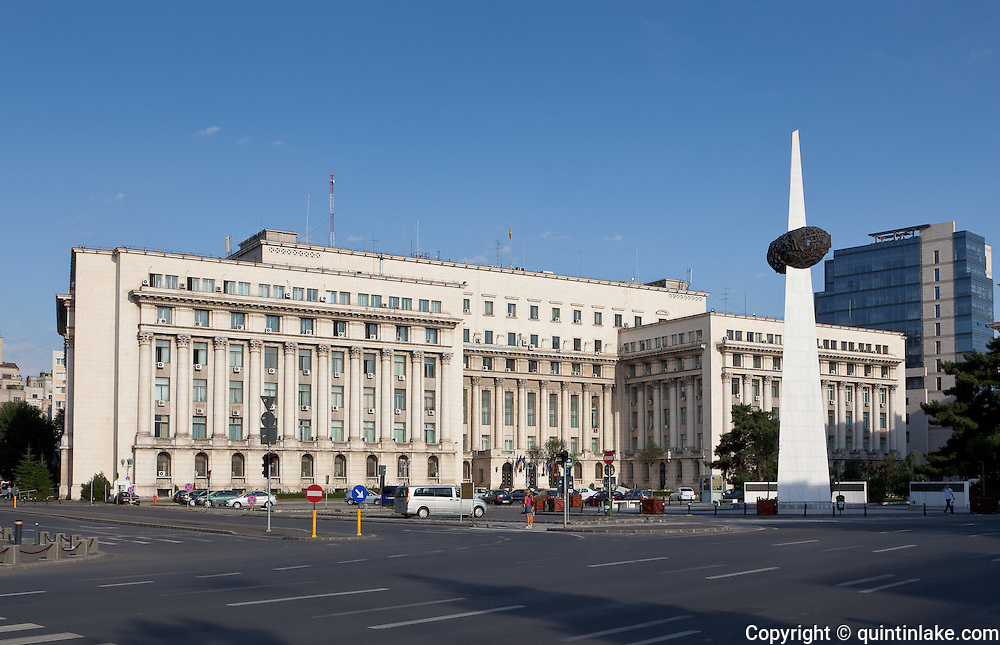