Interior of borders bookstore after closure showing empty book shelves, Borders sign, display tables and shopping baskets. Borders bookstore in Oxford is one of 45 stores in the UK to close all its branches in the UK on 22 December. The chain went into administration earlier this month and had kept open all its stores while it attempted to find a buyer. Administrators MCR said all 45 Borders and Books Etc stores would close on 22 December. Borders has suffered from increased competition from online retailers and supermarkets. Borders employed 1,150 people in total. MCR has previously said Borders had "severe cash flow pressures" and that several suppliers had stopped or reduced its credit, which made suppliers less willing to trade with the retailer and made it difficult for it to replenish its stock levels. 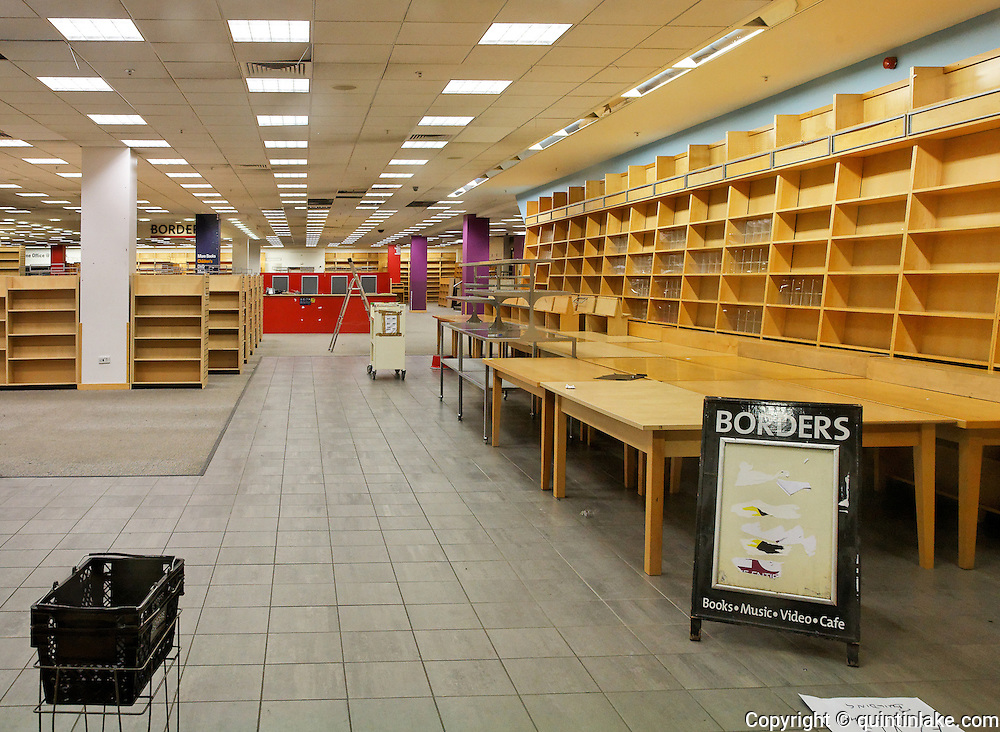